As ever, One Layer Week caused problems for a few crafters... but there were some superb submissions.
Mandi always used to say that Chrissie could spot upside down manuscript at 50 paces! We did have a few examples of this last week, but it must be admitted that it is very tricky sometimes to tell which is the correct way up .
For our theme this week we have chosen
Up in the air
For this we would love to see aircraft, rockets, balloons etc, although if you have none of this sort of image then we would like to see how inventive you can be with the theme. 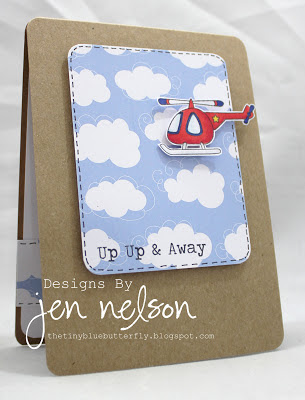 So I only had chance to make one card this week as it's been at little bit manic at work, but I used a new set from Clearly Besotted stamps and combined this with the fabulous cloud paper from Pink Petticoat.  The sentiment is from the same set as the image. It is finished off with some faux stitching! 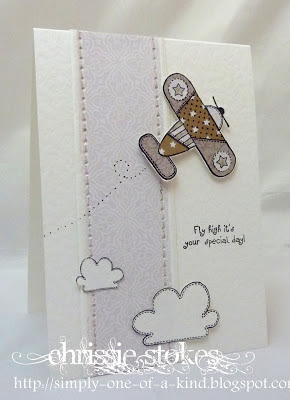 A Woodware stamp, paper pieced with scraps from the drawer. Easy Peasy! 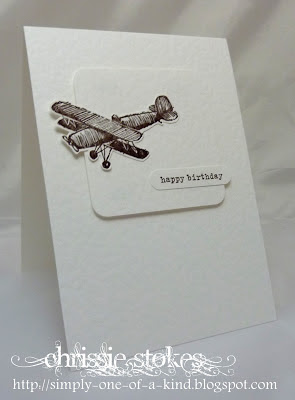 Here is a super image from Stampin' Up, which I believe is now retired, simply stamped in Early Espresso ink then cut out and mounted slightly offset on a raised panel.

Posted by Jen Nelson at 18:00
Email ThisBlogThis!Share to TwitterShare to FacebookShare to Pinterest
Labels: Theme, Week 101-110