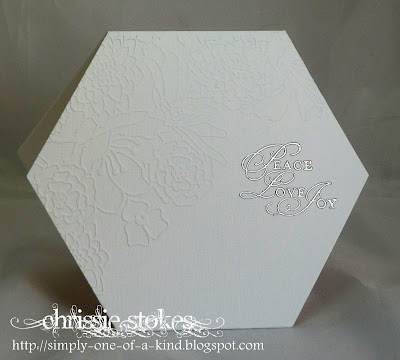 This card is made using some of the goodies I bought at the Portsmouth craft show.The base was made with the largest Sizzix hexagon of my new set of dies which was placed just over  the folded edge of the card, so it didn't get cut off.
The embossing is from a Nellie's Choice folder called Flower Corner, which I simply love for partial embossing of panels for cards etc.
The sentiment is from Stampin' Up. 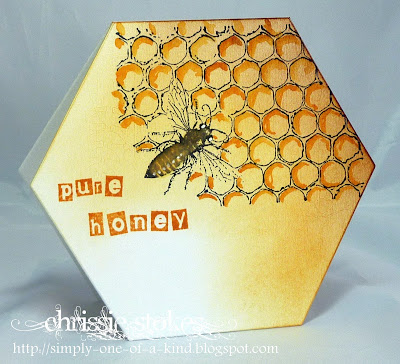 This one began with a similarly constructed card base and stamped with some images from Blockhead stamps. It was coloured with Distress inks using a water brush for the detail and a sponge dauber for the shading. 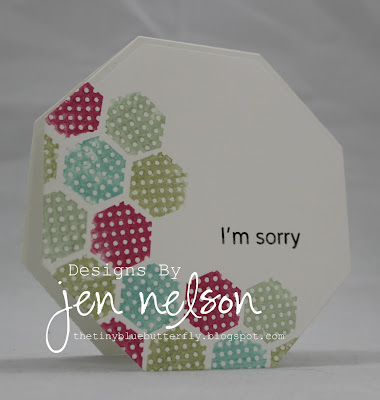 My first card uses the octagonal spellbinder to cut out this mini card.  I have simply added hexagons and a sentiment both from Clearly Besotted to make this on trend card.  The colours are the new in colours from stampin up and returning pear pizazz. 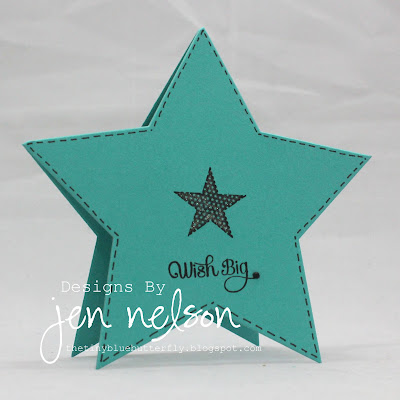 My second card is made from the fabulous  bermuda bay colour from stampin up and is cut using the star framelit from Sizzix.  The sentiment and mini star are also from stampin up.  I have finished it off with some faux sticthing and a little wink of stella pen on the middle star.
***

Posted by Chrissie at 17:00
Email ThisBlogThis!Share to TwitterShare to FacebookShare to Pinterest
Labels: OLC, Week 121-130