For our
ONE LAYER
challenge this week, we would like to see
NUMBERS!
Just one would do, but you may have as many as you wish! 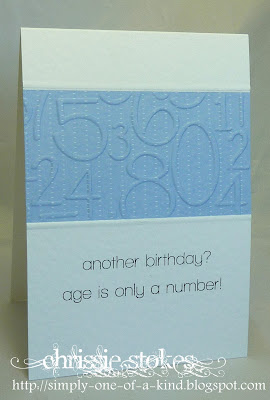 For this card I printed the the sentiment and the blue band across the card and then embossed it by using part of a Sizzix numbers embossing folder. To do this I used one B plate on my Cuttlebug, plus a couple of pieces of thick card which together made up the same thickness as a B plate. These were wider than the card and cut to the exact depth of the coloured band.
The card was then inserted in the folder, and the pieces of card aligned with the coloured band and together with one B plate was run through the machine.
To finish, I scored the two lines above and below the panel.
A one layer card that looks like it's not! 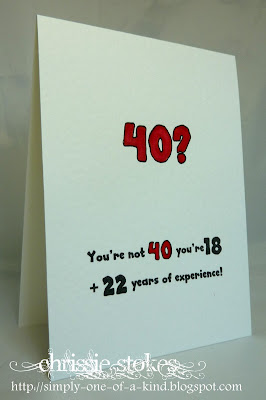 This is simply a computer generated sentiment coloured with some Copic pens.
Easy Peasy! 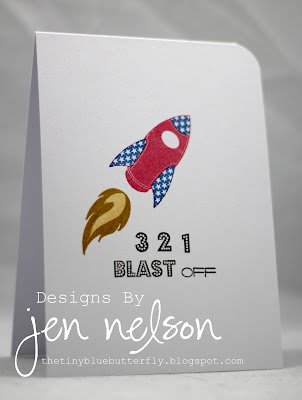 My first card uses a fabulous new set from Clearly Besotted called blast off... Inspired by the 3-2-1 I thought it was perfect... I've simply stamped it in various momento inks and finished off the flame with a gold wink of stella pen.... 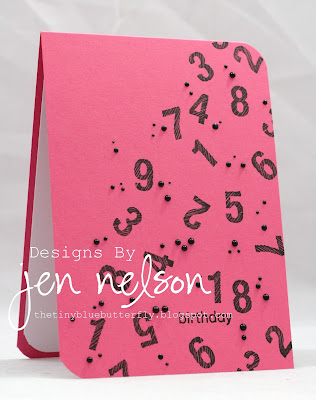 I'm not too sure about this one... think I got just a little carried away with the enamel accents but I didn't  have the time for a re-make.  The numbers are from the sketched alpha stamps from Stampin Up and just some pure black versafine ink I have randomly stamped with exception of the 18.  The birthday is also from Clearly Besotted and I just masked off the happy to leave this.

Posted by Chrissie at 17:00
Email ThisBlogThis!Share to TwitterShare to FacebookShare to Pinterest
Labels: OLC, Week 131-140