This week we have a fun challenge for you.
It must be
ONE LAYER
(If you're unsure of our rules for this, just look at the Glossary at the top of the blog)
The subject of your cards this time should be inspired by
A FILM
Any film will do, but preferably one that most people will have heard of.
We'd obviously like you to tell us the title of your film and not keep us guessing. 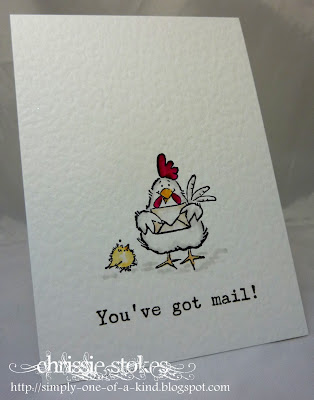 I have three favourite Rom-com films that I could watch over and over, and probably know lots of the dialogue word for word.
This is the first of them ...You've got mail. This is the Penny Black version! 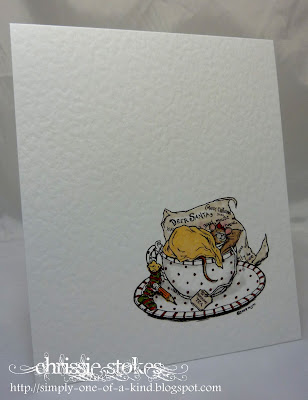 This sweet little Mo Manning image is to illustrate the second of my fave films... While you were sleeping!
It's a good job we only do two sample cards each... because the third of my choices is Sleepless in Seattle and I couldn't think how to do that one! 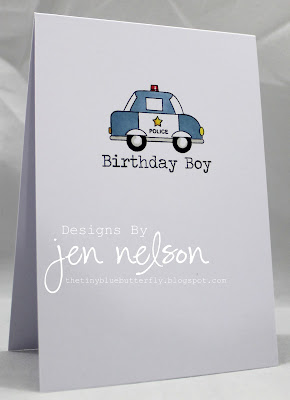 My first card is based on a favourite film when I was a kid.. Police Academy.  I've used the going places stamp set from Clearly Besotted stamps and the sentiment is from the same set.  It's simple coloured in with Promarkers. 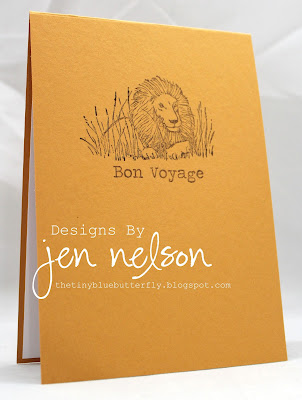 My second card is based on another favourite film, this time Disney's The Lion King.  The stamp is from Stampin Up's Zoo Review Set and the sentiment from Clearly Besotted Going places.  I have simply stamped the image on more mustard card stock from the regals collection by Stampin UP in brown memento ink.
I had loads of ideas for this challenge so I hope you can join in and use your imagination!

---
Posted by Chrissie at 17:00
Email ThisBlogThis!Share to TwitterShare to FacebookShare to Pinterest
Labels: OLC, Week 111-120